On Monday, The Boston Globe published an article [“Funding for Lead Poisoning May Be Cut,” by David Abel, December 5, 2011] about how the U.S. is preparing to cut aid for lead poisoning prevention efforts.

Last month, an advisory panel of doctors and scientists that shapes the lead-poisoning prevention policies of the U.S. Centers for Disease Control and Prevention (CDC) recommended a new way of determining harmful levels of lead, cutting by half the amount of lead in blood deemed to be dangerous to a child’s health.

The consequences are extremely serious. As stated by Suzanne Condon, director of the Bureau of Environmental Health in the state Department of Public Health, “This is very concerning, because we’ve been appropriately advised to be more worried about children with lower levels of lead in their blood at a time when they are taking away the very resources we have all relied on to address this public health crisis. This means children may go longer without being identified as having lead poisoning.”

Given the high costs of lead poisoning and the lifelong harm it causes, now is not the time to decrease or, worse, abandon the crusade to eliminate this preventable diseases. Primary prevention still remains the primary key.

While it’s great that major daily news outlets like The Boston Globe are picking up this story and calling attention to it, we need everyone’s help! Let’s stop Congress from abandoning our children. We need you to speak out against the elimination of CDC’s Healthy Homes and Lead Poisoning Prevention Program. 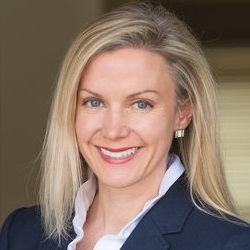 Rebecca Morley directed the National Center for Healthy Housing from October 2002 to December 2014. While at NCHH, she led efforts to create safer and healthier environments for all people, with a special focus on children and communities that are disproportionately burdened by environmental public health risks. Ms. Morley is an experienced leader and manager with nearly 20 years of experience working in the government and nonprofit sectors. Ms. Morley earned a Master of Science in public policy from the Georgia Institute of Technology and graduated from the Achieving Excellence executive fellowship program of the Harvard Kennedy School. Skilled in strategy development, policy analysis, program evaluation, organizational development, communications, grant seeking, and grant making, she now serves the public health community as a professional consultant.