Home:Who We Are:Affiliations:WHO Collaborating Center for Healthy Housing Training and Research in the U.S.

The quality of housing has major implications for people’s health. Housing in cities is of particular concern, with the world’s urban population predicted to double by 2050 and, with it, the demand for housing. In both developed and developing countries, improving housing conditions and reducing health risks in the home is thus critically important.

Ensuring everyone lives in healthy and safe dwellings has implications for national, regional and local governments, which set overall standards and determine the legal context for housing construction and renovation.

With these guidelines, WHO provides evidence-based recommendations on conditions and interventions that promote healthy housing, and facilitates leadership in enabling health and safety considerations to underpin housing regulations.

— Excerpted from the WHO Housing and Health Guidelines 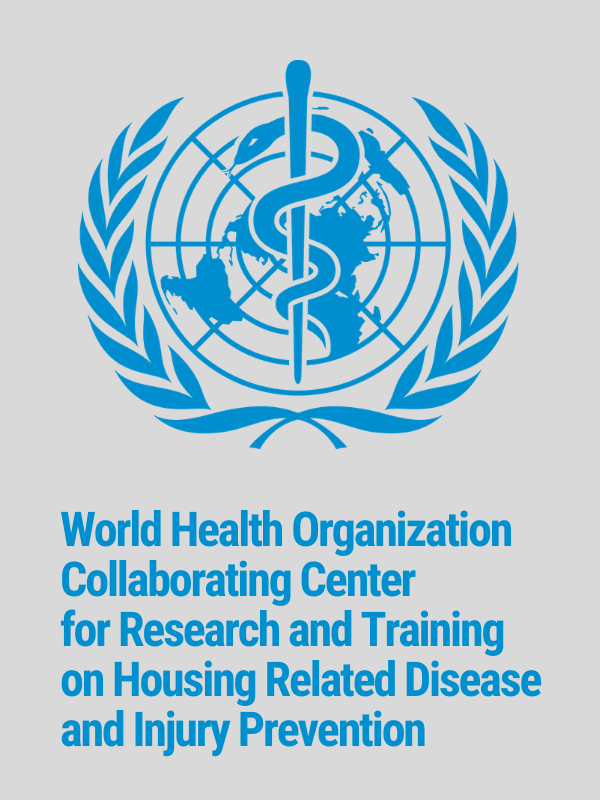 The National Center for Healthy Housing includes a Collaborating Center with the World Health Organization (WHO) within its research division.

First designated by WHO in 2010, NCHH and the World Health Organization have worked together on many projects. Most recently, NCHH played a key role in the development and 2018 release of the WHO Housing and Health Guidelines, the first international document of its kind, and is now working to implement its recommendations.

NCHH has also participated in peer review of WHO proposals and documents.

The National Center for Healthy Housing is proud to have contributed to the creation of these publications from the World Health Organization.