Columbia, MD (October 22, 2014) – Today, the National Center for Healthy Housing (NCHH) released Preventing Lead Exposure in U.S. Children: A Blueprint for Action – a report describing the actions the government, advocates, and the private sector must take to protect children from a disease that affects over a half-million children.

The release of the report coincides with National Childhood Lead Poisoning Prevention Week (October 19-25), first established by a resolution by U.S. Senator Jack Reed in 1999. 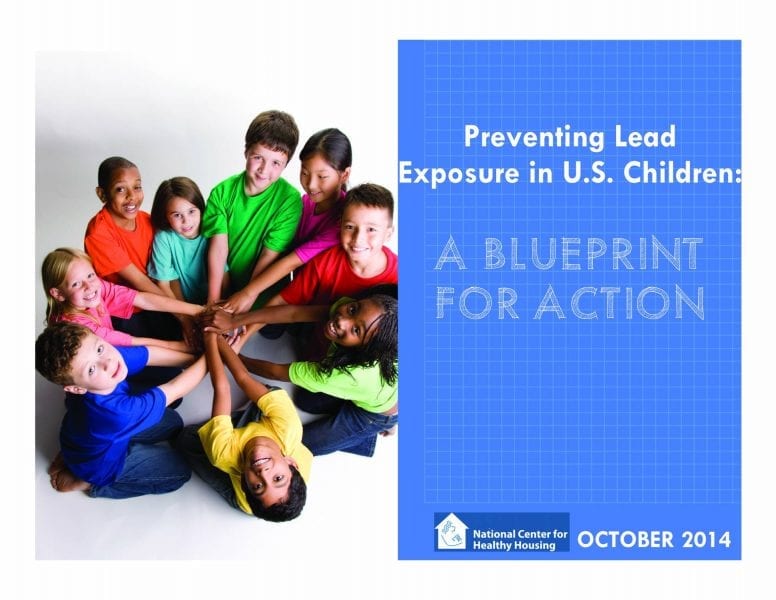 “Our lead poisoning prevention movement should be proud of the 80% reduction in blood lead levels in the U.S. Yet, the progress is uneven, with many communities still sending thousands of children to school where they will struggle to learn because of their past lead exposure,” said Rebecca Morley, executive director of the National Center for Healthy Housing.

Under NCHH’s leadership, a diverse group of more than 40 parent advocates, researchers, policy makers, and public health and housing practitioners collectively created the plan as a way to reboot national efforts to eliminate the disease.

Later this week, NCHH will join Tamara Rubin in Washington, DC, to screen her documentary film, MisLEAD: America’s Secret Epidemic. It is the first documentary film to explore the hidden epidemic of childhood lead poisoning through the eyes of a parent. Tamara is an Oregon mother whose children were poisoned during a home renovation.

The report calls for making more than 11 million homes lead-safe and ensuring that children who have already been exposed get the healthcare and educational support they need. Specific recommendations in the report:

In 2012, the CDC revised the level at which children were considered to have too much lead in their blood. The new approach increased sixfold the number of children nationwide considered to have dangerous levels of lead in their blood. This, in addition to the stalled progress in many communities at high risk of lead exposure, led NCHH to convene the group to take stock of the situation and set new goals for the effort to eliminate the disease.

Even low doses of lead in the blood have been shown to harm the development brains of young children. It affects their intelligence, learning ability, and behavior. These children are six times more likely to drop out of school.

About the National Center for Healthy Housing

The National Center for Healthy Housing is the preeminent national nonprofit dedicated to securing safe and affordable healthy housing for America’s families. A highly regarded and credible change agent, NCHH has successfully integrated healthy housing advocacy, research, and capacity building under one roof to reduce health disparities nationwide. You can follow NCHH on Twitter (@nchh) or become a fan on Facebook at Facebook.com/HealthyHousing.