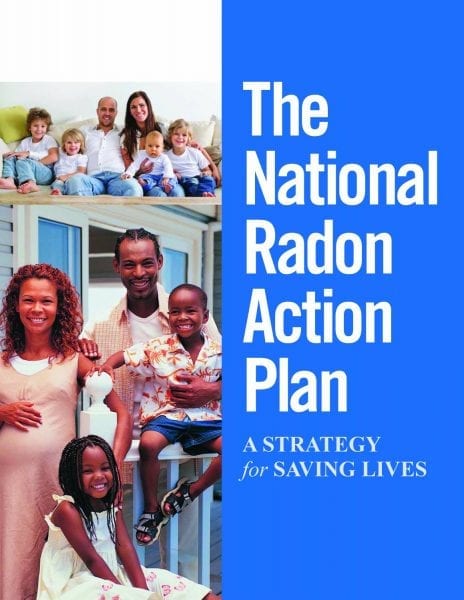 Radon is a radioactive gas that comes from natural processes in the ground. Nearly all soils contain uranium, which naturally decays over time to produce radon gas. Radon seeps up from the soil into the air, concentrating in buildings. While radon gas is the second leading cause of lung cancer, effective measures do exist to reduce radon indoors, which can prevent radon-caused lung cancer and save lives.

Joining NCHH in committing to put these changes in place are the U.S. Environmental Protection Agency, U.S. Department of Housing and Urban Development, the U.S. Department of Health and Human Services, and eight other organizations: the American Lung Association, American Association of Radon Scientists and Technologists, the American Society of Home Inspectors, Cancer Survivors Against Radon, the Children’s Environmental Health Network, Citizens for Radioactive Radon Reduction, the Conference of Radiation Control Program Directors, the Environmental Law Institute, and the National Center for Healthy Housing. The partners welcome others who support these actions to join in the effort and endorse the plan.

In 2011, the Federal Radon Action Plan was released and has led to the protection from radon in more than 105,000 multifamily homes that have financing from the U.S. Department of Housing and Urban Development, among other measures. However, that 2011 plan focused solely on actions that federal agencies could take, while the new plan broadens the tools to include actions that the private sector and the non-governmental organizations can put in place.