Note: This is the first of a series of mini-grant awardee blogs for National Lead Poisoning Prevention Week. You may also be interested in parts two, three, and four.

One year ago, the Healthy Homes Coalition of West Michigan was one of 15 organizations nationwide to receive an NCHH Lead Awareness Community Grant award.

Lead poisoning had increased by 40% in three key ZIP codes in Grand Rapids in the prior two years, with one ZIP code having the most lead-poisoned children in the entire state of Michigan. The Healthy Homes Coalition’s original plan was to host a high-profile town hall-style meeting in the most impacted neighborhood, bringing in experts from across the state and nation to speak to the problem.

While that plan seemed like a good idea when the proposal was written, local dynamics changed quickly over the summer months as the community faced a housing affordability crisis. Frustration over increasing gentrification mounted. The Healthy Homes Coalition watched as neighborhood residents confronted another $10 million community development effort, accused it of being led by outsiders for the purposes of driving gentrification, and shut down the initiative. 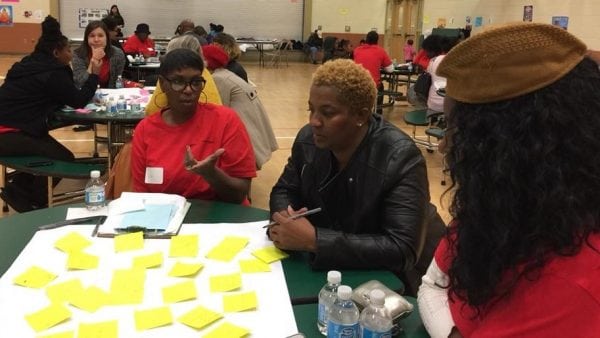 Lisa Matthews (left) facilitates at the community Speak Out as Luvinia Burch and Tabitha Williams look on.

The work started as the campaign focused upon a parent “Speak Out” as a building block for action, followed immediately by earned media work to get the rest of the community engaged in the discussion.

By Parents, for Parents

The Speak Out was held October 30 at Dickinson School, in the heart of 49507, the ZIP code with Michigan’s greatest number of lead-poisoned children. To ensure this was an authentic meeting aimed at raising up community voices, the Healthy Homes Coalition worked collaboratively to support 11 parents by increasing their knowledge of lead poisoning issues and training them in group facilitation so the meeting would be led by parents from the affected community. This was to be a meeting to listen to parents. It was to be their meeting. 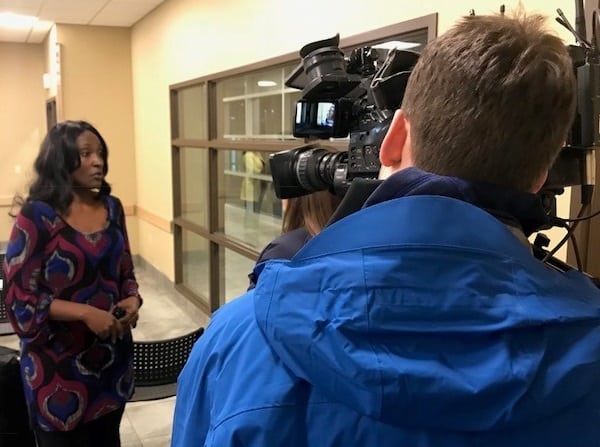 As the parent leaders learned, gained confidence, and planned, they decided to only invite three trusted media sources to the event. “No TV cameras!” they insisted. And they limited their invitations to four key elected officials they trusted—two of whom attended. The mayor and one city commissioner from the district declined the invitation.

Forty-seven community members attended and gave input to a “parent plan” that has since empowered the parent leadership to move forward speaking out on the issues on behalf of the community. A contract videographer captured some of the parents’ stories.

Pushing It into the Media

The Healthy Homes Coalition then followed up with an earned media campaign the following week that garnered 17 media mentions in November 2017. Our advocacy with the media resulted in three statewide media stories on lead in the Bridge Magazine, the Detroit Free Press, and the Detroit News.

After the Speak Out, staff from the Healthy Homes Coalition continued convening parents and partnering with them to advance their advocacy. A month later this resulted in nine organized parents sharing a distinct message about how local public health needs to improve communication with the affected community. This message was forcefully shared with the Kent County Task Force when it conducted two community meetings to discuss draft recommendations for addressing lead poisoning in Kent County. Parent messaging was amplified as they acted quickly to ensure media coverage of the meetings included their perspective (see December 2017 links here).

Taking It to the Top

The quick and vocal action of these parent leaders got noticed. While Mayor Rosalynn Bliss declined to attend the October Speak Out, she quickly became aware of the issue and these parents’ advocacy. In February, the mayor announced in her State of the City address that she would be taking on lead poisoning in Grand Rapids. The parent group, now known as “Parents for Healthy Homes,” responded by meeting with the mayor to personally share their perspective and demanding two seats on the mayor’s newly-formed “Lead Free Kids GR” Advisory Committee. 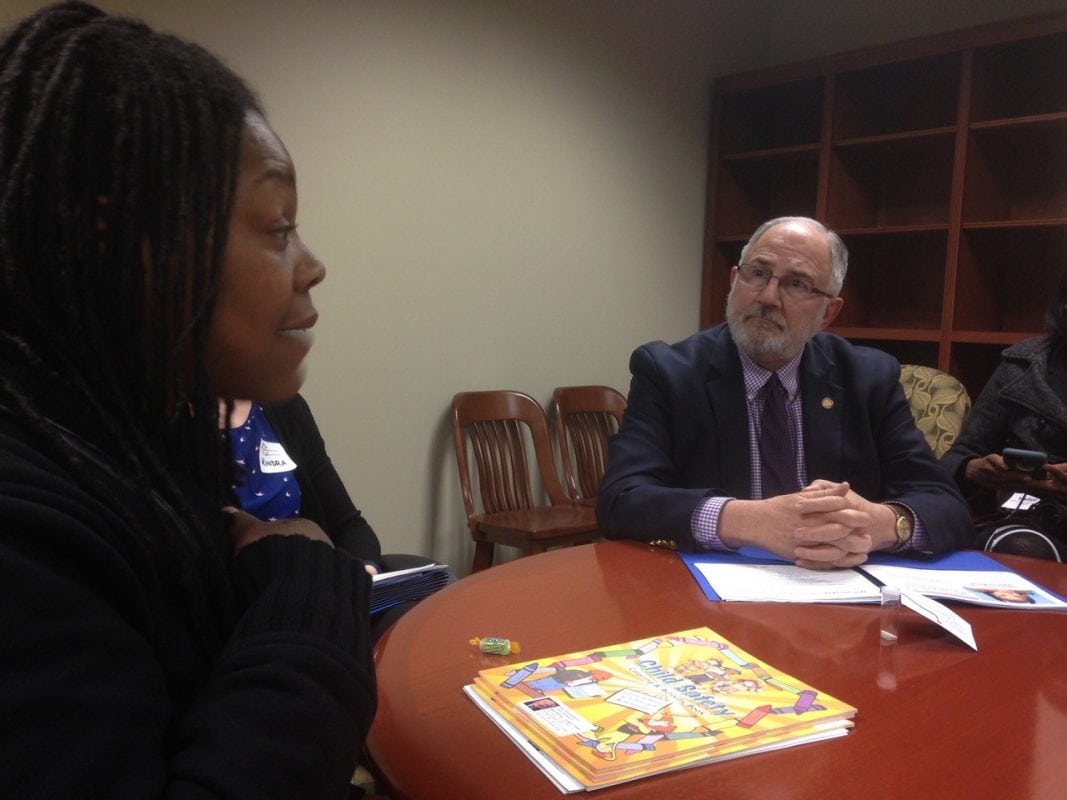 Taquita Culbreth shares her story with a Michigan legislator.

In April, two parents who had participated in the Michigan Alliance for Lead Safe Homes‘ 2017 Lead Education Day in the state capitol in 2017 encouraged Grand Rapids parents to join them in taking their stories and solutions to Lansing in 2018. These two parent leaders inspired more than 30 of their peers to join them in the state capitol to meet one-on-one with state elected officials.

Inspired by the leadership of these parents and the issues at play, WZZM-13 decided to make lead poisoning a week-long feature on all of their news broadcasts during sweeps week this past May.

Listening to parents instead of hosting a meeting lead by outside experts is getting results in Grand Rapids. While no parents were appointed to the Kent County Lead Task Force, or asked to testify, they made sure their voices were heard and they have shaped a set of recommendations that call for increased public health education targeting the affected community, a stepped-up effort to attract more resources to fix homes and conduct prevention activities, a project to identify model ordinances and policies for lead prevention, and a call for medical providers to test all children at 9 to 12 months and 24 to 36 months of age. The parents are especially keen on making sure homes are investigated when multiple children have been lead poisoned at the same address.

Parents are also sitting around the mayor’s table to make sure that more than lip service is given to the idea of looking at housing and code enforcement policies that can lead to true primary prevention. They are thrilled with the fact that Grand Rapids is one of four cities in Michigan that is undergoing an audit of its housing codes as part of an initiative funded by the Michigan Child Lead Exposure Elimination Commission that is being conducted by the National Center for Healthy Housing. The parents look forward to working with the study’s finding to advocate for more effective enforcement that protects children from lead exposure.

What started as a proposal to convene existing leaders became an ongoing project to engage new leadership—leadership that has firsthand experience with lead hazards in housing and lead-poisoned children. What started as a $5,000 mini-grant investment has rolled over into a sustained organizing campaign that has kept lead exposure in the forefront of the public discourse for the past year, and that is poised to continue as long as it takes. The voices leading the conversation are parent voices. They are voices from the front lines. And they are voices that are focused on real, lasting solutions. 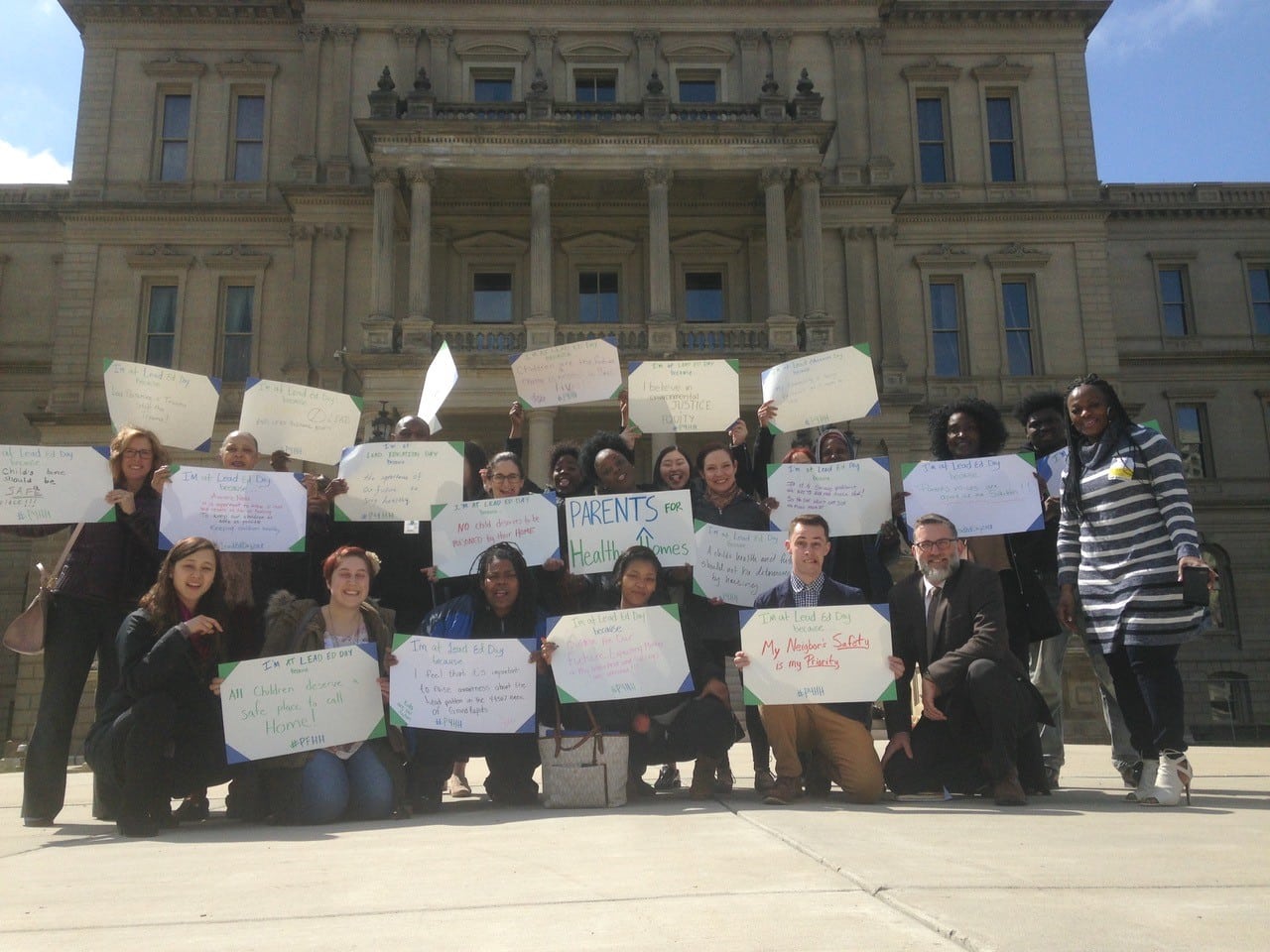 Parents for Healthy Homes at the Michigan State Capitol in Lansing. 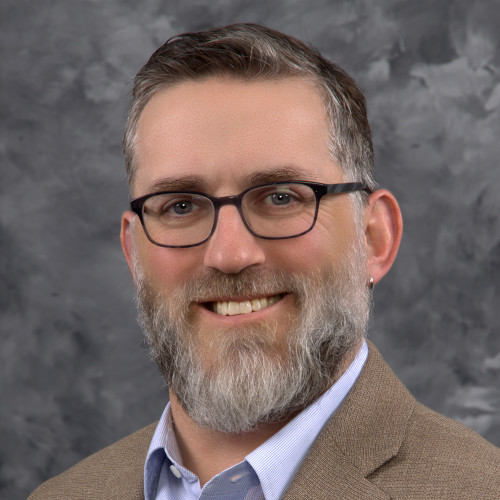 Paul Haan is the founding executive director of the Healthy Homes Coalition of West Michigan, an outgrowth of the successful Get the Lead Out! campaign, incorporated in 2006 to sustain the effort to end childhood lead poisoning in Grand Rapids and to apply lessons learned from lead to other housing-related environmental health issues. Before dedicating his life to making homes healthier for Michiganders, Mr. Haan served as a community organizer in Grand Rapids. Mr. Haan was appointed to the State of Michigan’s Child Lead Poisoning Elimination Board by Governor Snyder in June 2016 and has received numerous awards for his healthy homes work, including the Christine Nelson Professional Service to Children Award, Family Futures (2013); Special Tribute, Rep. Schmidt and Governor Granholm, State of Michigan (2011); Communicator of the Year, Interchange (2005); and the Governor’s Hometown Health Hero, Michigan Department of Community Health (2004). Mr. Haan’s extracurricular interests include gardening and fly fishing.