“When my son was poisoned by lead, I had to act. But how?”

This was the question posed by Thomas Beller, a New Orleans resident and father whose story of lead poisoning was published yesterday in a New York Times op-ed. Despite Beller’s efforts to avoid his child’s exposure to lead, his son was poisoned by remodeling on his neighbor’s home. Through rapid intervention – received only because his son had routine blood lead screening at age one – his son has since reduced his blood lead levels. Yet like millions of other parents of lead-poisoned children, Thomas is left with the difficult question: What is my next step?

Millions of children living in urban areas of the United States are at a disproportionally higher risk of being lead poisoned. An article in The Washington Post last week identifies lead poisoning as one of the most ignored factors affecting the educational outcomes of poor children.

With blood lead levels playing such a major role in the development and well-being of children, the job of addressing this issue must not be left only to those who are affected by it. Yet Congress has failed to prioritize this issue: Just last week, the House of Representatives cut the HUD’s Office of Lead Hazard Control and Healthy Homes’ funding by 31%.

Let’s hope the House is not as short-sighted in its CDC funding as it was with its HUD funding and restores funding for the Healthy Homes and Lead Poisoning Prevention Program to $29 million – or, at a bare minimum, retains the current $15 million funding level. This program provides surveillance for lead-poisoned kids and education to families so that perhaps other parents like Beller can help their kids in time, and so that communities can find the homes making children sick and repair them to be lead-safe.

Tell your members of Congress that funding levels for these programs cannot be cut further. We must end the scourge of lead poisoning once and for all – and help those kids who have already been poisoned. If you haven’t yet, sign the letter to Congress demanding full funding – and email it to five of your colleagues today! 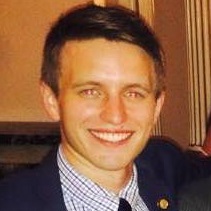 Sawyer Mittelstaedt worked for NCHH as a policy assistant from May to September 2015 during his summer break from Loyola University New Orleans. While at NCHH, he worked on a successful campaign to increase federal funding for CDC and HUD lead poisoning prevention programs in the CDC and HUD in FY16. Mr. Mittelstaedt also contributed greatly to the messaging, recruitment, and elections for the National Safe and Healthy Housing Coalition and also contributed content to speeches delivered by former Surgeon General Joycelyn Elders and Congresswoman Louise Slaughter. He also worked as a project consultant for the Tribal Healthy Homes Network before joining Fisher Investments in 2017.