Another Year, Another Disastrous President’s Budget for Healthy Housing

by Sarah Goodwin and Darcy Scott

The 2019 federal budget, finalized in mid-February, contained several promising developments for healthy housing programs. The vast majority of the programs we track received at least level funding, included a new historic level of funding for the U.S. Department of Housing and Urban Development’s (HUD) Office of Lead Hazard Control and Healthy Homes (OLHCHH), as well as marginal increases for healthy homes programs at the Department of Health and Human Services (HHS), the Department of Energy (DOE), and the Centers for Disease Control and Prevention (CDC). The National Center for Healthy Housing was pleased to see Congress support funding for these programs, effectively rejecting the draconian cuts proposed in the president’s 2019 budget in the process. Subsequently, the National Safe and Healthy Housing Coalition (NSHHC), of which NCHH is a proud member, approved funding requests for 2020 that will continue to strengthen the programs we care about.

But just a month later, the Trump Administration has released its 2020 budget proposal, and much of its plan for healthy housing is a carbon copy of what we saw last year. We believe that most Americans care about health and that our budget should reflect that, but under the president’s latest proposal, some of the core federal agency programs that work to keep us all healthier will either be underfunded or canceled. Below are just the programs that NCHH tracks and reports on to advocates and policy makers regularly; many other programs are also on the chopping block in the president’s budget.

Slightly Increased: Office of Lead Hazard Control and Healthy Homes. The president’s budget for the Office of Lead Hazard Control and Healthy Homes (OLHCHH) is $290 million, representing an $11 million increase over FY19. However, the NSHHC request is $356 million, with an intention to advocate for $606 million for FY21. While we agree with the administration’s desire to increase funding for this office in general, we would suggest that the increase include more funding for the Healthy Homes Program, which this request level-funds at $45 million. The NSHHC request includes $100 million for Healthy Homes.

Eliminated: the CDBG and HOME programs. Like last year, the president’s budget zeroes out the multi-billion-dollar Community Development Block Grant (CDBG) and the HOME Investment Partnerships programs, which provide vital services to low-income and underserved populations across the country. The CDBG program alone feeds into myriad programs across the states that effect the health and well-being of Americans of all ages.

Speaking of lead poisoning prevention, it’s worth remembering the disappointing Federal Lead Strategy the administration released in December 2018, which NCHH, Environmental Defense Fund, Green and Healthy Homes Initiative, and others analyzed in detail. Proposing a budget that funds the HUD lead program while slashing CDC’s lead program and eliminating the EPA programs almost entirely shows in practice the lack of vision and foresight described in the federal strategy.

The Trump Administration’s proposed budget would also affect these important offices and programs:

A note about how these changes would directly impact state budgets: NCHH tracks 11 grant/funding programs on our state healthy housing fact sheets. Between the eliminations and cuts at HHS, CDC, HUD, EPA, and DOE, this budget eliminates six of them and reduces funding for another four:

The president and his administration have identified their priorities in this new budget. The National Safe and Healthy Housing Coalition will do all it can to convince Congress of the necessity and cost-effective return on investment of these reduced or eliminated programs and implore Congress to carry on supporting these programs as they have in the past couple funding cycles, as well as continue to work to educate the administration about what these programs do to have impact on the long-term health of the entire country. If you’d like to help us in that effort, please join the Coalition’s distribution list and add your name to our FY 2020 appropriation letters, which will be sent to members of Congress.

Detailed budget requests by agency.
All of our FY20 request numbers and justifications live here. 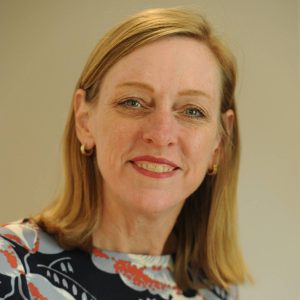 Darcy Scott, NCHH Senior Policy Advisor, has been engaged in federal advocacy efforts for over 15 years. She has worked with a number of large-scale organizations, such as the ACLU and Susan G. Komen for the Cure, to influence legislators through public engagement. Ms. Scott ran the government affairs department at M+R Strategic Services, leveraging the power of organizations and coalitions to influence the legislative process, and her consulting clients include Habitat for Humanity International and United Way Worldwide. Ms. Scott holds an undergraduate degree from Southern Methodist University and a graduate degree from Northwestern University.

Sarah Goodwin joined NCHH as a Policy Analyst in June 2017. She previously served NCHH as a policy intern, helping to establish and run the Find It, Fix It, Fund It lead action drive and its work groups. She holds a Bachelor of Arts degree in Interdisciplinary Studies: Communications, Legal Institutions, Economics, and Government from American University.