Home:Blog:Ten Years of the National Safe and Healthy Housing Coalition: A Decade of Appropriations Advocacy

Ten Years of the National Safe and Healthy Housing Coalition: A Decade of Appropriations Advocacy 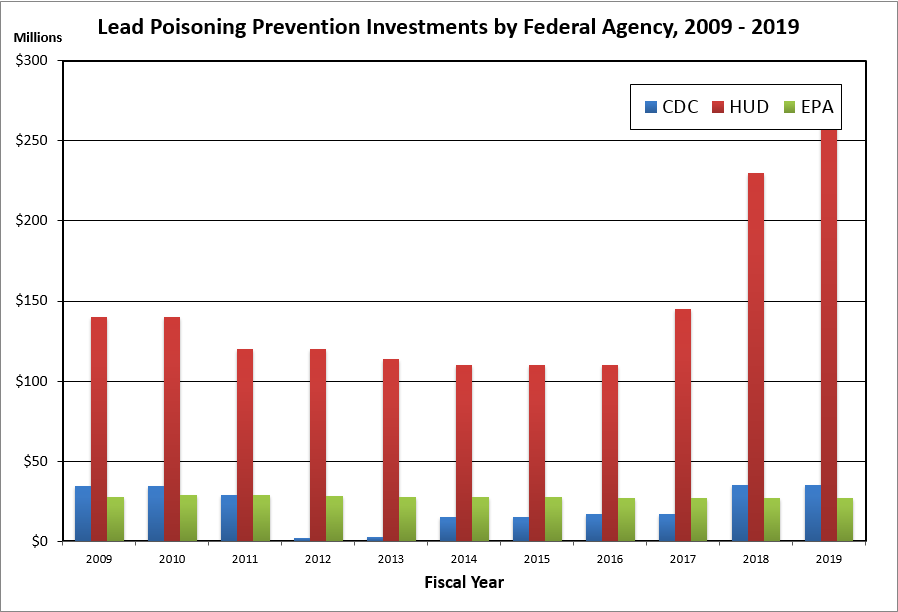 When you think of the National Safe and Healthy Housing Coalition (NSHHC), several images may come to mind. Maybe you remember participating in a Hill Day, or serving as a member on a workgroup about code enforcement or Medicaid. Maybe you think primarily of the emails you see in your inbox once or twice a month. Maybe you only just signed up for the NSHHC at a conference last year.

When I think of the National Safe and Healthy Housing Coalition, one image that always comes to mind is this chart.

The chart shows the history of federal funding for lead poisoning prevention across three federal agencies, but it also tells a story of the coalition’s advocacy. The coalition started in the summer of 2009, and by the fall we had begun our long-standing appropriations efforts, a tradition that’s carried through all 10 years of the coalition’s lifespan. In addition to the lead programs included in this chart, the NSHHC advocates for programs at HUD, CDC, and EPA covering other healthy homes topics including asthma, radon, and environmental health.

Our commitment to these programs matters. The National Safe and Healthy Housing Coalition now submits requests every year for 12 programs across three federal departments, ranging in size from just under $3 million to the newly enlarged HUD grant program. Congressional appropriations subcommittees oversee hundreds of programs each and are overrun with funding requests from lobbyists and advocates every budget cycle. Without the NSHHC and our close allies advocating, you can bet that not many of those requests would be for our 12 healthy housing programs.

Some notable moments, triumphs, and trivia from the history of our appropriations efforts include: 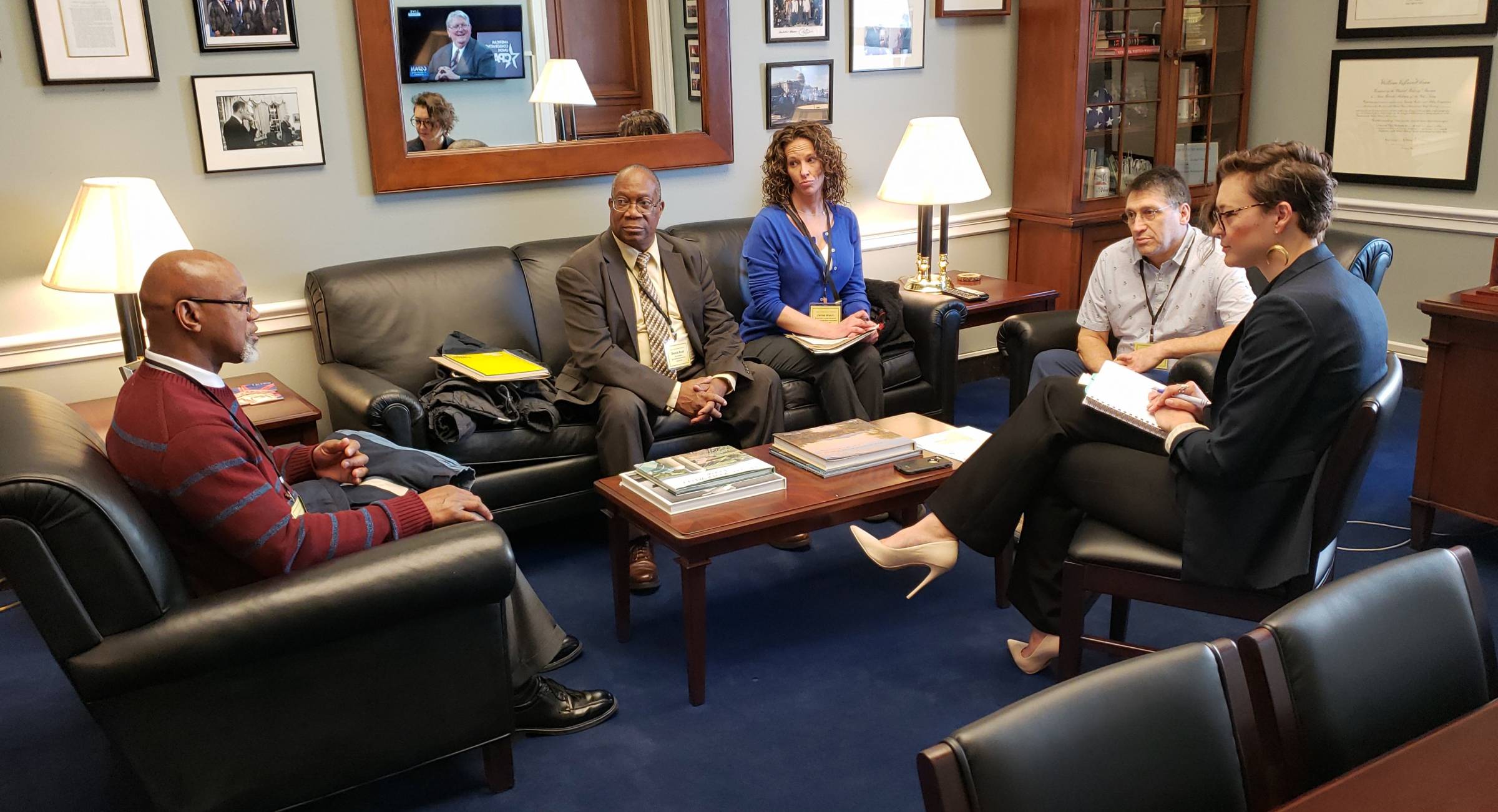 Appropriations are far from the only area where the NSHHC makes our voices heard – for more about the policies and resources we’ve supported, look at the coalition’s Meetings and Events page and the Find It, Fix It, Fund It campaign – but it’s natural that federal funding for healthy homes should be our bread and butter. Not only do these programs provide support or structure for the work that many of our coalition members do, but as a national coalition with members operating at all three levels of government, we are able to combine the lobbying expertise of our national members with the on-the-ground experience of our state and local members.

The coalition’s most recent Hill Day, on February 28, 2019, was a smashing success. Held in conjunction with a National Lead Poisoning Prevention and Healthy Homes Conference, 60 participants took four hours that afternoon to meet with 62 congressional offices, including nine target offices. Our attendees were spread across 13 groups, staffed by group leads from the Childhood Lead Action Project, Environmental Defense Fund (EDF), the Green & Healthy Homes Initiative (GHHI), the Healthy Homes Coalition of West Michigan, the Tribal Healthy Homes Network, Trust for America’s Health (TFAH), and NCHH, representing 18 states between them. In 2016, the last time we hosted a Hill Day, we took 27 participants from 12 states to roughly 80 meetings over the course of a whole day. 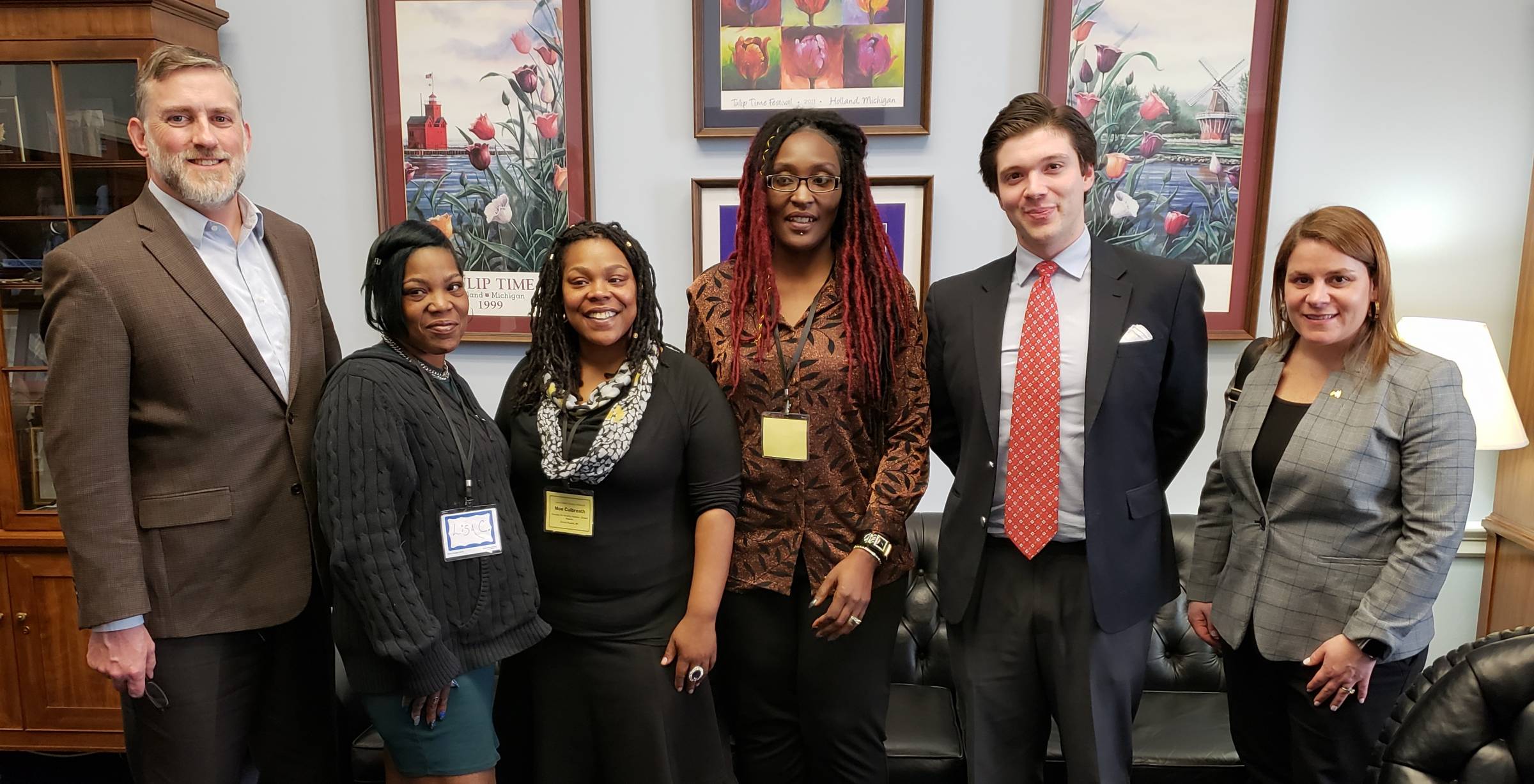 And while the realist in me has to tell you that many of the factors leading to those historic increases for HUD and CDC in FY18 were out of our control – namely, a bipartisan two-year budget deal lifting discretionary spending caps – it’s not a coincidence that, with those caps lifted, appropriators picked new funding amounts matching what we’d requested for years. Given the opportunity, Congress will listen to those who show up, present the facts, and argue passionately. Just like members of the NSHHC have done for 10 years.

For updates on the NSHHC’s current appropriations requests and how we’re continuing to fight to fully fund healthy housing, visit the our Federal Appropriations page.