Overwhelming victory on lead-based paint in the Ninth Circuit Court of Appeals today: The court rejected EPA’s 2019 rule tightening lead-based paint hazard standard. Below is the summary of the decision.
_________

Granting a petition for review, the panel remanded without vacatur the Environmental Protection Agency (“EPA”)’s Final 2019 Rule, which was a response to this court’s 2017 Writ of Mandamus directing the EPA to respond to the need for updated lead-based paint hazard standards. 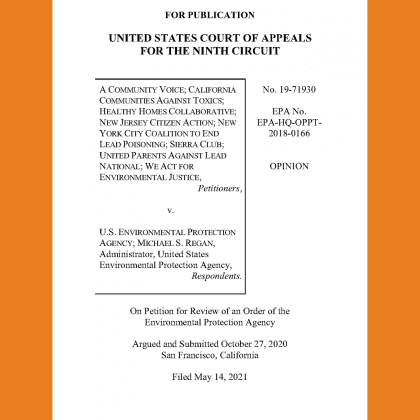 Petitioners contended that the 2019 Rule violated statutory provisions of the Residential Lead-Based Paint Hazardous Reduction Act (“PHA”) that are codified in Title IV of the Toxic Substances Control Act (“TSCA”), as well as rulings of this court in the Writ.

Concerning DLHS, which relate to household dust, the panel held that the EPA must reconsider the dust-level health standards. The panel held that the 2019 Rule lowered the lead hazard level but not to a level sufficient to protect health as Congress directed, because the EPA looked to factors in addition to health risks. The EPA’s interpretation of its statutory authority was contrary to the statutory language and express congressional purpose, as well as the Supreme Court’s interpretation of parallel language in other statutes and the EPA’s own prior interpretation on this provision.

Concerning the lead-based paint definition, the panel held that the EPA failed to meet its ongoing duty to account for new information and modify initial standards when necessary to further Congress’ intent to eliminate lead-based paint hazard. The panel held further that the EPA’s failure to do so, despite the clear body of evidence commanding a new definition, violated Title IV of the TSCA. In addition, the EPA’s failure to provide any sensible explanation for its delay made the inaction arbitrary and capricious.

Consistent with its holding that the EPA must reconsider the DLHS, the panel directed the EPA to reconsider the dust-lead clearance levels as well in the same proceeding. Both sets of standards are interrelated and must work together to effectuate Congress’ intent to end the hazards of lead paint in children.

Dissenting, Judge N.R. Smith would deny the petition for review. He would hold that the statutory scheme of the TSCA and PHA authorized the EPA to consider both health and non-risk factors in setting the DLHS; the EPA did not act arbitrarily or capriciously in setting those levels; and the EPA did not violate the 2017 Writ in declining to set
soil-based hazard standards.

Thank You to the Petitioners

A special thank you to Earthjustice for their exceptional leadership and work. 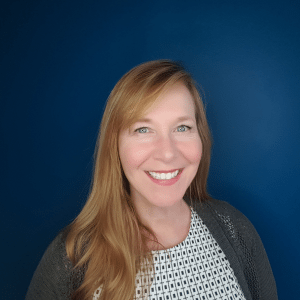