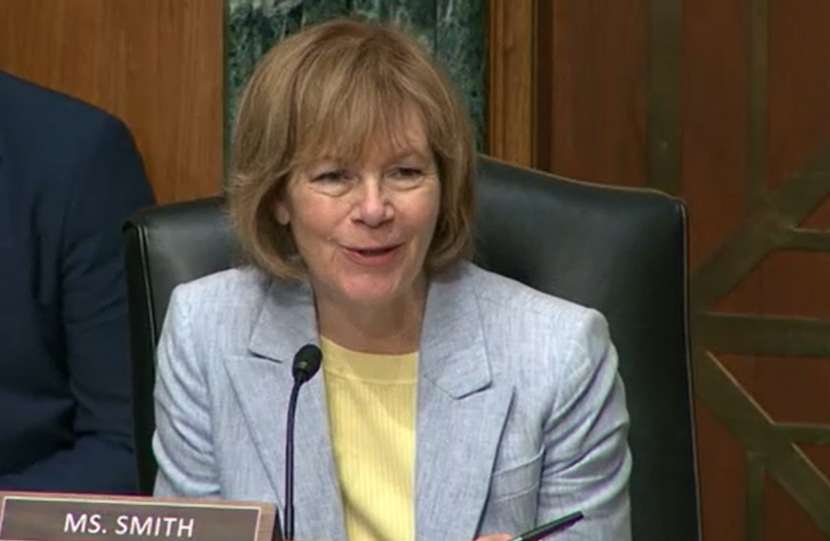 In 2019, an early morning fire at the Cedar High Apartments, a 25-story public housing building in Minneapolis, led to the deaths of five residents on the upper levels. The building did not have fire sprinklers. Shortly after the fire, Chair Smith introduced legislation to fund the installation of fire sprinklers in older public housing buildings in an effort to prevent similar tragedies from ever happening again.

Chair Smith said that today’s hearing goes toward the goal of making sure families living in federally assisted housing are safe. You can watch the hearing footage here. 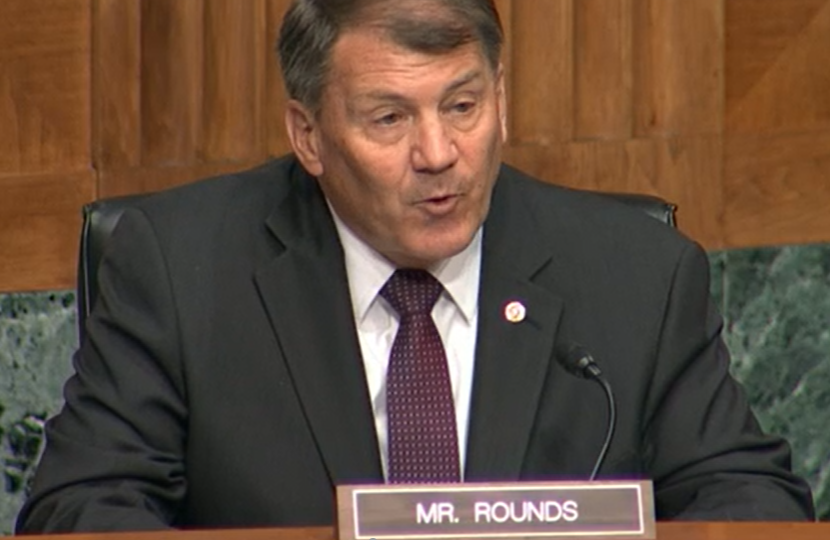 “These health and safety risks are not limited to public housing and federally-assisted housing alone. But the federal government has a special obligation to make sure that homes supported by or funded by taxpayers are safe and free of known hazards,” said Senator Smith in her opening remarks at the hearing. “And I hope that this hearing will raise awareness for all Americans about these health and safety risks.

“Mitigating these serious risks won’t be easy. Public housing authorities operate on tight budgets, and face billions of dollars in maintenance backlog. The reality is that we need significant investments in fire sprinklers and fire safety measures, in carbon monoxide detectors, in lead paint testing and remediation, and in radon testing and remediation.”

You can read Senator Smith’s full opening statement as prepared for delivery below.

The Subcommittee on Housing, Transportation, and Community Development will come to order.

This hearing is in a hybrid format. Our members are in-person, but we will have witnesses testifying both in-person and by video.

Thank you, Senator Rounds, for joining me in this bipartisan hearing to look into health threats in housing, and especially public housing. And thank you to our panelists for joining us for this important hearing.

On Wednesday morning at 3:56 a.m. on November 27, 2019, one day before Thanksgiving, Minneapolis firefighters were dispatched to the Cedar High Apartments, a 49-year-old public housing high rise at 630 Cedar Avenue. As they arrived through the light snow and fog, firefighters discovered that alarms had been triggered for a fire on the 14th floor of the 25-story building.

Firefighters quickly recognized the magnitude of the challenge and immediately called for backup. The first three firefighters on scene attacked the fire and attempted to rescue victims, but the overwhelming heat of the fire soon forced them to turn back. As backup arrived, the firefighters launched a second attack, but the fire quickly spread throughout the 14th floor and on to units on higher floors, fueled by gusting winds blowing through a window that had come open.

As the fire spread, residents clamored to get out. Stairwells and corridors filled with smoke and heat, and people struggled to get down the high-rise stairs.

For hours, brave firefighters battled the blaze and worked to rescue people from the inferno. It is tragic that not everyone made it out safely that frigid morning. Five residents, ranging in age from 32 to 79, perished. Four were on the 14th floor, and one on the 17th floor.

There are a number of factors that contributed to the deaths in the 630 Cedar fire, but many experts point to the building’s lack of fire sprinklers as a leading cause.

Under federal law, high-rise public housing buildings built before 1992, like 630 Cedar, are not required to have fire sprinklers. The Department of Housing and Urban Development estimates there could be as many as 184,000 public housing units across the country that lack fire sprinklers, just like the apartments at 630 Cedar. 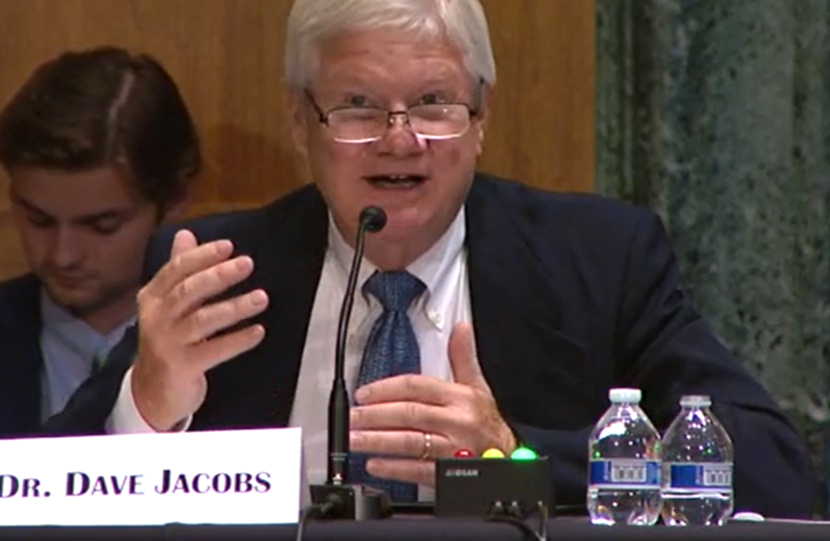 The loss of life in the 630 Cedar fire is tragic, and nothing we do can bring back those lost to their families and loved ones.

Colleagues, I hope today’s hearing will galvanize us to understand these life and safety risks and then take action to protect our constituents from further tragedy.

Because fires aren’t the only life and safety risk people face in their homes.

Today more than 500,000 children in the United State live with elevated lead in their blood, according to the Centers for Disease Control. Children exposed to lead face significant health risks, including lower intelligence scores, behavioral problems, and hearing and speech issues. Black children and lower-income children are disproportionately victims of lead paint exposure.

The leading cause of exposure is lead paint, often on walls and windowsills, and this problem exists in every state. According to the National Center for Healthy Housing, 54% of homes in Minnesota were built before 1978 and are likely to contain lead-based paint. In South Dakota, the number is exactly the same – 54%. In Ohio, it’s 68%. And in Pennsylvania, it’s 69%.

Another significant health risk at home is exposure to radon gas. Radon, which is colorless, odorless, and radioactive, is the leading cause of lung cancer among non-smokers – resulting in 21,000 deaths per year, according to the EPA. In Minnesota, estimates are that two of every five homes has unsafe radon levels. In South Dakota, the National Center for Healthy Housing estimates that 48 counties have average indoor radon levels higher than the EPA’s action level. Yet many Americans have no idea of this risk in their homes. 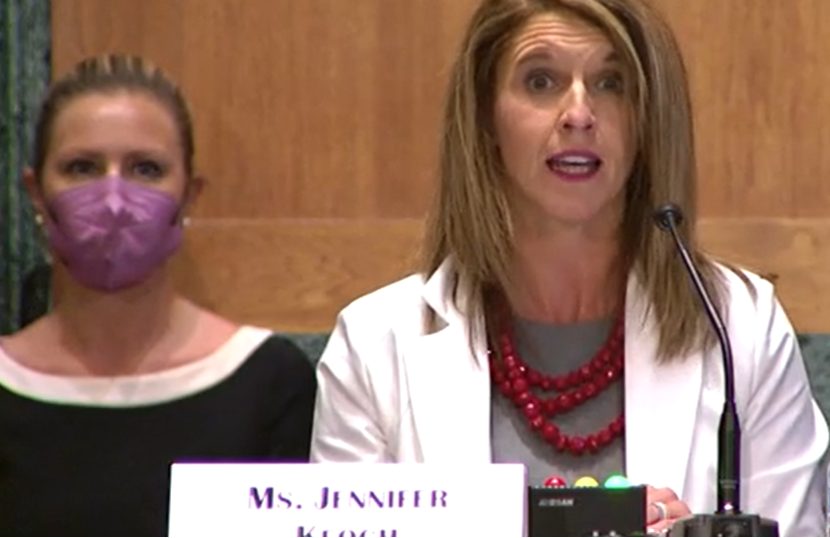 Mitigating these serious risks won’t be easy. Public housing authorities operate on tight budgets, and face billions of dollars in maintenance backlog. The reality is that we need significant investments in fire sprinklers and fire safety measures, in carbon monoxide detectors, in lead paint testing and remediation, and in radon testing and remediation.

The good news is that many of us are working on a solution. The American Jobs Plan would invest $40 billion for life safety upgrades and other renovations of our nation’s public housing stock. This investment will save lives. We should all push to secure funding specifically for fire sprinklers and other fire prevention efforts in public housing, and support funding for programs to test for and remediate lead paint and radon, in public and privately-owned housing. I’ve introduced legislation to fund fire sprinkler installation in public housing, which has bipartisan support in the House, and I ask my Republican and Democratic colleagues to join me on this bill.

Before I turn to Senator Rounds, I’d like to briefly share excerpts from three letters I have received from Minnesotans and from firefighters in the last week. I’d also ask that the letters be inserted in the record in full.

The first comes from Hawo Geyre, a resident of the Cedar High Apartment complex. She said:

We still feel the loss of the five beloved community members and every day we can still see where the fire happened. It’s time to require the retrofitting of sprinklers in the high-rises and it’s time for the federal government to provide the funds to make this happen. We don’t want to see any more lives lost to fire.

There is no single investment HUD can make when it comes to addressing life safety issues that is more important than retrofitting public housing with fire sprinkler systems…in buildings with sprinkler systems – the death rate per fire can be reduced by at least 87%…In fact, the risk of death to firefighters is nearly eliminated and the injury rate is lowered by 67% in structures with fire sprinklers.

Finally, I have a letter from Captain John Gardell of the Pittsburgh Bureau of Fire, on behalf of the International Association of Firefighters. He shared his personal experience with a high rise fire in Pittsburgh during his first year on the job. The blaze was on the fifth floor of an eight-story high rise. He wrote:

Arriving at the door of the apartment, my crewmates and I made entry into the residence.

Through thick black smoke and elevated temperatures, we located the victim and extracted her from the building. Once outside, we turned her over to the on-scene paramedics. Alive but in critical condition, she received advanced life support medical care on-scene and while being transported to the hospital. Sadly, our rescued fire victim didn’t survive; she died in the hospital a few days later.

I tell you this story because I have thought about this call many times over my career, and I am very confident this fire death was preventable. I am certain that had an automatic fire sprinkler system been present in the building, the victim would have likely survived…

Sprinkler systems are a sound investment in saving lives and limiting property damage and should be required in every multi-story residential building. The federal government should incentivize the installation of sprinklers. To that end, we strongly support Chairwoman Smith’s Public Housing Fire Safety Act. By providing grants to retrofit public housing with sprinklers, this important legislation will reduce property damage and save lives.

The issue of home health and safety is critical to every American. Many have recently seen footage of the tragic high-rise condo collapse in Florida and are asking themselves for the first time whether their own homes are safe. In this moment, I hope that we can join together to raise awareness of home life and safety hazards, and commit ourselves to doing all we can to stopping preventable deaths and dangers in our communities.

I look forward to hearing from our witnesses and from Senator Rounds.

Thank you, and I will now turn to Senator Rounds for his opening statement.