Home:Blog:NCHH Mini-Grant Helps to Fund a Lead Summit and Coalition in Philadelphia 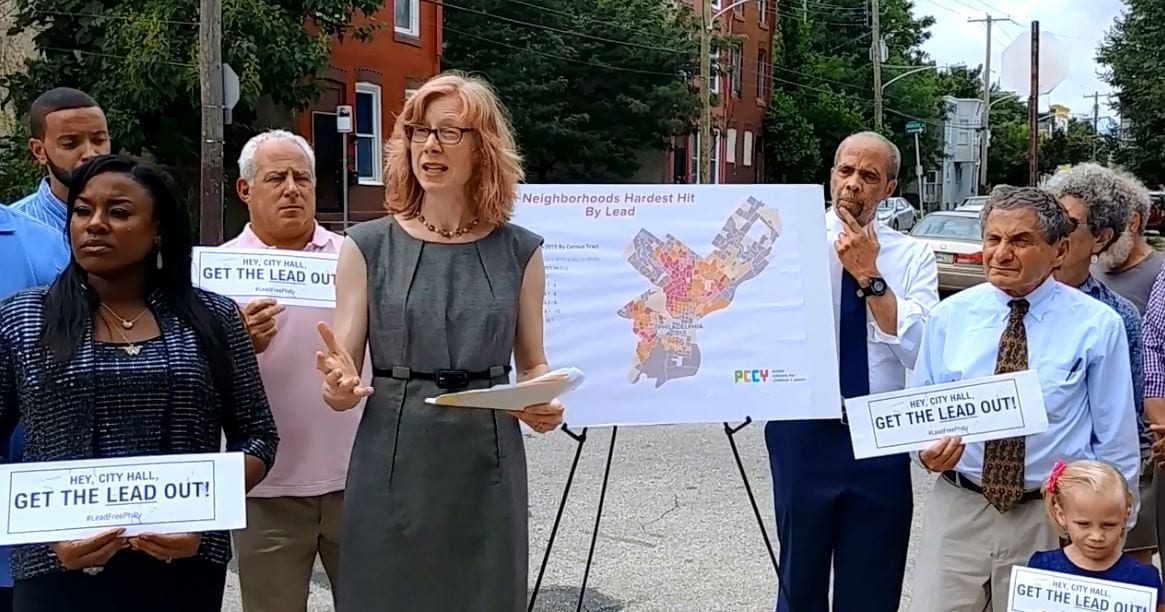 Note: This is the fourth in a series of mini-grant awardee blogs for National Lead Poisoning Prevention Week. You may also be interested in parts one, two, and three.

by Colleen McCauley, Public Citizens for Children and Youth

“We have to do everything we can to protect children from the toxic paint in their houses. There are no cures, but City Council can prevent the majority of cases by making all older rental properties get tested for lead.”

Well said! A parent at our press conference on August 22 shared these important words when Public Citizens for Children and Youth (PCCY) publicly launched the Lead Free Philly Coalition in the Strawberry Mansion neighborhood, where as many as one in seven babies tested have elevated results (that’s approximately 14%).

In Philadelphia in 2016, 2,700 newly identified children had elevated blood lead levels – which is three times higher than the share of kids exposed to lead hazards in Flint, Michigan .

Lead Free Philly first formed at our Philadelphia Lead Summit in November 2017 organized with grant funding from the National Center for Healthy Housing. The support couldn’t have come at a better time. We’d been looking for a way to shine a light on and mobilize around a key recommendation in our mayor’s advisory group on lead poisoning prevention: expanding the City’s lead paint disclosure law to all rental units built before 1978 and provide funding for landlords to remediate if they show financial hardship. The Philadelphia Summit was just the right vehicle.

The Summit brought together 65 diverse constituents to begin crafting an action plan to modify the law including parents, landlords, tenants, and representatives of the housing legal community, national nonprofit organizations, health-related foundations, pediatricians, and hospital and healthcare systems. 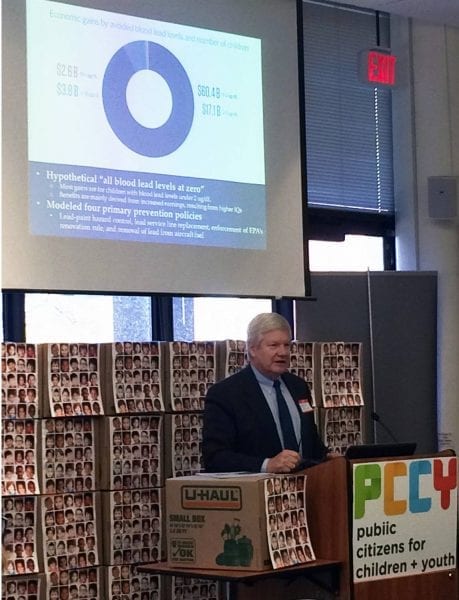 The Summit began with a rousing call to action by a Philadelphia City Council member who has been a champion for kids and lead poisoning prevention. Two panels of national experts and practitioners from other cities shared best practices and funding strategies to inform Philadelphia’s approach, including David Jacobs at the National Center for Healthy Housing, Gary Kirkmire from City of Rochester Buildings and Zoning, Deborah Nagin from the New York City Department of Health and Mental Hygiene, Elyse Pivnick, from Isles, Inc., and Kevin Chan at the Green and Healthy Homes Initiative. Later in the day, a panel of local leaders from the Homeowners Association of Philadelphia (HAPCO), the leading landlords group, the Tenant Union, a chief of staff to a member of City Council, and a major health funder shared their perspectives on what would be needed to move the initiative forward.

Philadelphia’s Commissioner of Health and Commissioner of Licenses and Inspections also briefed the group on their respective departments’ vision and plans for reducing lead exposure. Both commissioners expressed support for the goals of the Summit and their active participation signaled support by Philadelphia Mayor Jim Kenney’s administration. Afternoon sessions were dedicated to break out groups on outreach, communications, and cost and revenue alternatives charged with identifying concrete strategies to strengthen Philadelphia’s lead paint disclosure law.

The Summit demonstrated that there is significant, cross-sector interest in the lead issue – and, at the end of the day, 15 participants signed on to join the new coalition. 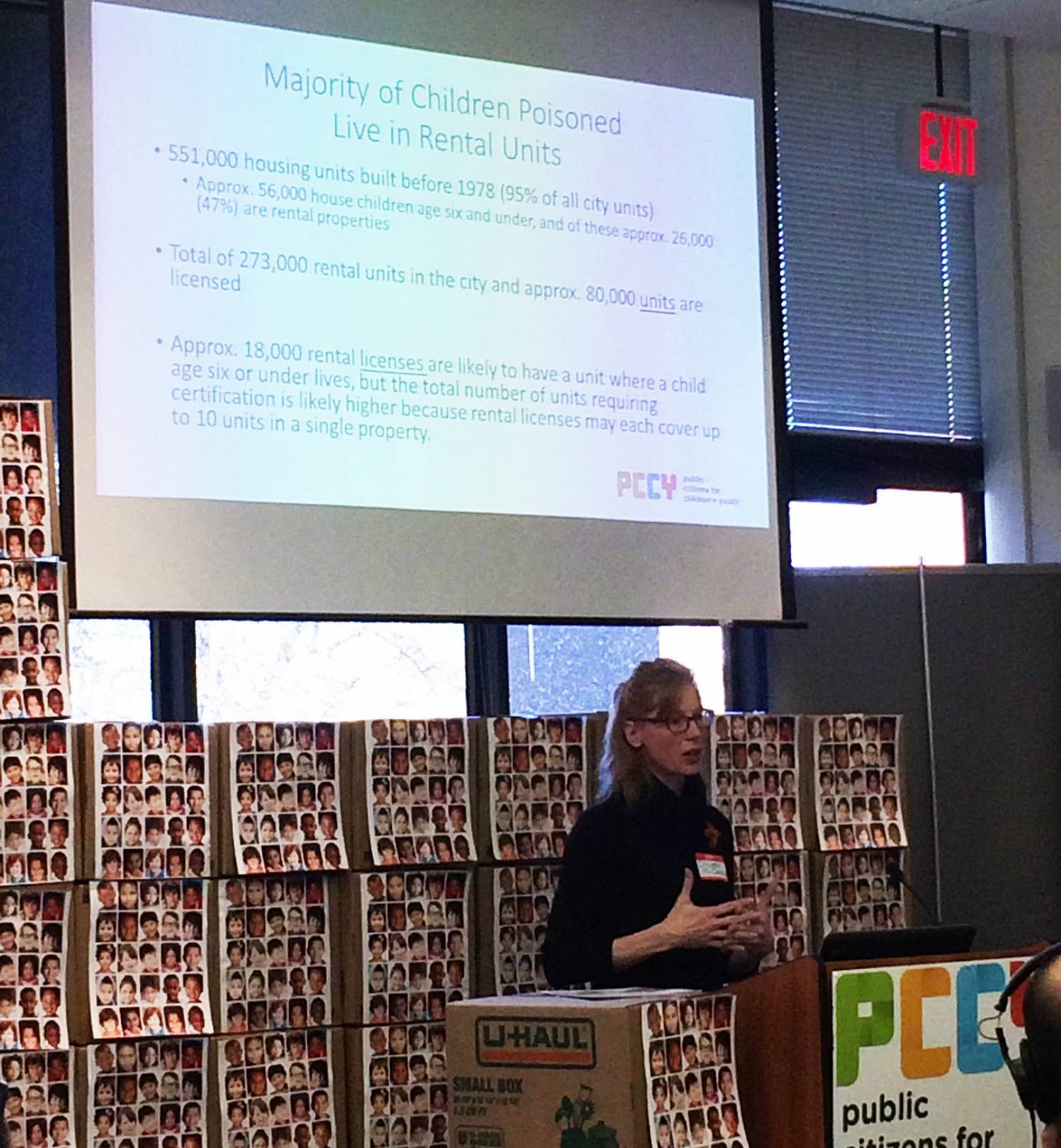 The author, Colleen McCauley, at the Philadelphia Lead Summit.

Fast-forward to today, and we are up to 28 organizations and private individuals working together to advance this critical policy change. We’ve drafted legislation to modify the law and are actively working to gain City Council support. In tandem with the press event last week, the Philadelphia Inquirer published our op-ed urging the council to act.

The Summit also improved PCCY’s ability to win future funding to support our lead work. At the time of the Summit, PCCY had a grant request pending with a private foundation that was ultimately awarded to help us grow the coalition. Our recent track record on lead also contributed to our being invited to submit a proposal to a different local funder as well as a national funder for a joint, multistate primary prevention advocacy initiative.

We’ve come a long way in the nine months since the summit – and we remain steadfast in our mission to protect the next baby born in Philadelphia from being injured by lead.

“Lead is a burglar,” stated Dr. Kevin Osterhoudt at our recent press conference, the director of the Poison Control Center at the Children’s Hospital of Philadelphia. “It creeps undetected within our homes and schools and steals from our children. Lead robs our children of their potential.”

Our new Lead Free Philly Coalition is the “town watch” catching the thief before it strikes.

Colleen McCauley, MPH, health policy director at Public Citizens for Children and Youth (PCCY), focuses on researching and advocating for improved access to healthcare, particularly among uninsured, undocumented families in Philadelphia and its suburbs. Prior to joining PCCY in 2001, Ms. McCauley was a nurse and former assistant director of the Abbottsford Community Health Center in Philadelphia. Ms. McCauley holds a Master’s degree in public health from Temple University.